Changing of the tides

One of the good things about keeping expectations in check is that when you are looking forward to an announcement, if it’s not super exciting, you’re prepared. It’s for this reason that I’m not overly disappointed with the Restoration Shaman changes announced in the Shaman class preview blog shown today. The short, initial reactions from most people is that nothing is changing. Which is true to a degree, but is a bit misleading.

The biggest change for restoration shamans is a change that is applicable to all shamans, and that is totems are changing. In a nutshell:

Where things start to fall a bit flat for some people is that, other than these totem changes, there isn’t a lot else changing for restoration shamans. For some people this is great news – for others they are incredibly disappointed. Personally for me, I don’t mind either way, as long as I am a strong healer for my raid team. The main reason I’ve been frustrated with my resto shaman is that I’ve always felt conflicted about the Shaman Mastery: Deep Healing. Essentially, the lower a player’s health is, the bigger the shaman heals get. Which is brilliant for beginning of raid tiers where people are lower geared and don’t know what they’re doing so they’re taking more damage. But as raids go on, players get stronger and smarter, and shamans start to feel a bit useless. I start to feel like I’m only there for when the huge damage goes out and my healing tide totem is needed.

Having said that, with what was presented in the class preview, the mastery is being buffed quite a lot. I’m hoping that it will be a lot more useful with Disc absorbs being reduced/removed.

Interestingly, all spells seem to be costing a lot less mana than what they currently do. In addition, the cast reduction time from the Tidal Waves passive going from 20% to 40%, which means I need to get a lot better about taking advantage of that passive!! So far there is a pretty large nerf to the chain heal, with the bounce due to be reduced by 30% each jump (currently base spell has this at 10%). But otherwise, very little else has changed (and is still subject to further change).

We have a sample talent given to us, which to me sounds like a lot of fun. It’s essentially a Light of Dawn for resto shamans, but I’m hoping it has an actual wave of water flowing from us as the animation. I really like this talent, and I’m looking forward to seeing what other creative talents come through.

But like I said, not much else has changed. This indicates to me that the bulk of new abilities and really anything that will have an impact on the spec will come from the new talents and from the artifact weapon itself. (I don’t expect a lot to come from the minor glyphs) So it just means that I need to wait a bit longer before we know the real impact of changes. Which means it’s really difficult to give any kind of feedback on what we think about this at this stage, other than to say that I like my resto shaman at the moment, I just don’t like my heals being made useless by absorbs – which is something the developers are aware of and are addressing.

There are a few points that I’d personally like a bit of clarification on:

There are plenty of other questions but they can wait. For now, those mentioned above are most pressing for me.

The QQ is real, though, and it’s really disappointing. The post on the WoW site itself has a lot of disappointed comments, and the WoW subreddit for the shaman changes topic is already very toxic. I stayed and read some comments for 5 minutes and had to leave, because the number of people saying “this is crap/Blizzard always lets shaman’s down/ Blizzard doesn’t listen to shamans” was overwhelming. I kept looking for suggestions on exactly what was wrong with what had been put up and no-one ever explains why. It was just shit. Which is useless and terrible feedback that is worthless to the developers.

I understand that there is a feeling of disappointment given how “big” the changes for other classes have been. Seeing minor changes to the Shaman classes have been a bit underwhelming. But the complaining is immature, honestly. There is so much more information that is still to come out – this is only the very beginning.

I for one am really looking forward to not having to learn too much about my spec. I really struggle with the changes to specs sometimes (i.e. the changes to mages in WoD made my mage not feel like a mage anymore, and I just don’t play her). But what I’m most looking forward to is seeing what fun talents are available. The way I see it, given the base rotation of restoration hasn’t changed a lot, it means there are going to be interesting talents and artifact weapon enhancements that will spice things up.

So for now, I just wait a bit longer to see what’s coming, and hope that some of my questions above get answered at some point. 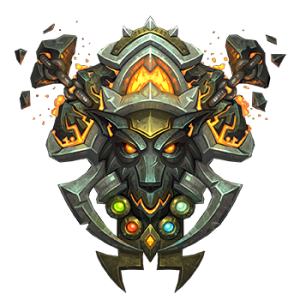