****If you do not want ANY information about Legion, and don’t want any spoilers about anything at all, please don’t read this blog post! I will be talking about the Restoration Shaman artifact quest experience (without giving quest details away) and will be sharing some screen shots. Proceed at your own risk!****

Today I went and did the Restoration Shaman Artifact quest line for the second time. The first time I did it I forgot to take screen shots! But I also wanted to do it again because the first time I found it quite difficult, and I wanted to see if it had changed at all to be any easier. It hadn’t really, but because I knew what to expect I only died 3 times instead of the double digit deaths I had the first time I did this. 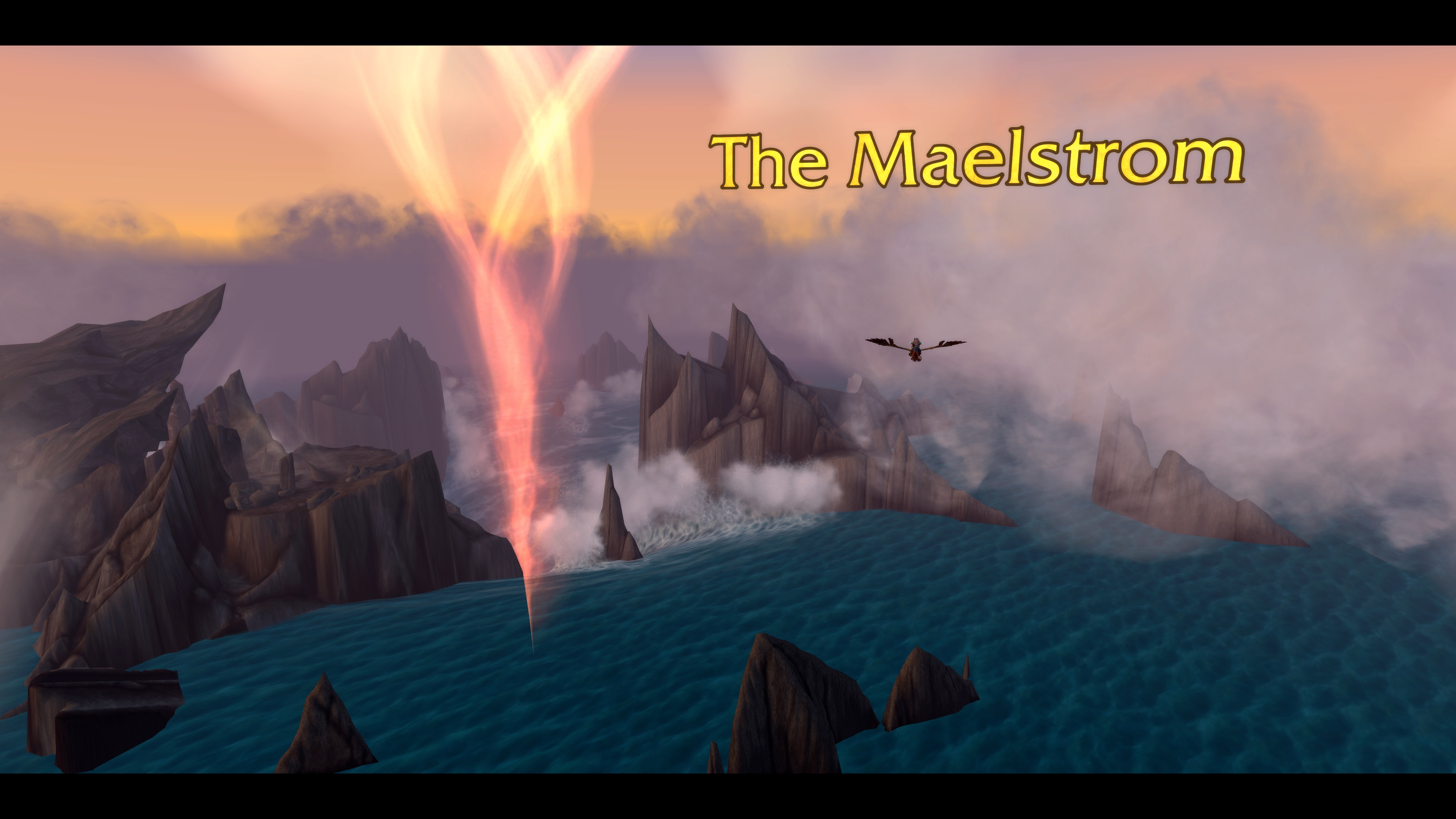 So, without going in to specific details about the quest content itself, the main point is that we head off to collect the artifact weapon (that has changed names multiple times now! I believe it is currently being called Sharas’dal, Scepter of Tides, but is referred to by different names in the game still – something that will be sorted out by live date). You are accompanied by some other characters who are there to help, and it is your job to keep them alive while you go get the artifact.

One of the characters in the group is the giant that you see in the screenshot above. He has quite a large health pool. He acts as the tank role and gets hit in the face a LOT. And HARD. When any of the players with you have their health drop too low, they get a debuff that makes them stop attacking until they are healed up again. Because the giant has such a huge health pool, it takes a LOT to get him healed back up again, but it only takes about 4 or 5 hits for him to drop low enough to trigger the debuff. What this means is that you as a healer get all the aggro, and you drop like a tonne of bricks once the mobs start hitting you instead.  Also, when you die and run back, the other players still have their debuff, so they’re just standing there not doing anything, which means the mobs are back on you straight away. You have about 5-10 seconds maximum to try and get at least one of them to have enough health to hit things again. It can be hard to do. But obviously not impossible – just need to be very clever about which cool downs and talents to use. I’ll be putting together a guide for this when it gets closer to release date to help people out (if they are interested).

There is another section with waves in it that I really struggled with the first time. I was going to struggle this time around, too, until my partner pointed out that I should try doing something a little different – it worked perfectly. The wording for that part of the scenario could be better. The way it is at the moment the wording implied (to me) that I would get control of the giant and would need to move him through the room. This is not the case. I needed to run into the room and try to dodge the waves so that everyone else could just walk straight through (why they couldn’t try to dodge with me is beyond me!) It worked out in the end, but I think some wording that suggests the intended approach might be good there.

The last boss is a fun fight, but I think needs to be a lot more difficult- the trash mobs posed more of a problem than this boss. She has some interesting mechanics, and there’s a scene at the end that makes me laugh a lot. Once she is defeated, the artifact is all yours!

The weapon itself is quite lovely, and has a really great animation that splashes water about the place when I run that I LOVE. At least I know I’ll be able to find myself out in the world! Just look for the leaking bucket running around!

I like that this is difficult. I say fairly often that I think there needs to be difficult content in the game. This borderlines on being a little too difficult though, only because of how hard the mobs hit you when the other players’ health pools get too low. There’s no real catch up ability – once they drop, it’s a vicious cycle of spam healing to get one up enough before you die. It can be quite debilitating – you end up getting completely helpless. The first time around that I was doing this I ended up staying at the res point on my own until all of my cool downs reset so that I had the best chance possible to catch up. I think it would be good if there was a “start over” option here for those who would want it. It still makes the scenario difficult, but not made overly complicated because of the debuff cycle. (Like I said, those mobs hit like a truck!)

I also found it a bit odd that the last “boss” was not difficult. I wanted her to be more of a challenge. In this scenario, the trash mobs pose more of a difficulty than she does, which seemed a bit out of place to me. I would like her difficulty scaled up a bit.

My biggest take away from this, though, is just how addicted I am to my Elvui and Vuhdo addons. I ended up making hover-target healing macros to try and make it easier for me, but I really did miss my ability to click my spells on my raid frames! Hoping that vuhdo will be up in time for the Legion launch so I can use it straight away.

I do love the artifacts, though. I feel a real connection with it because it’s something that I had to go and get on my own, in my own little adventure. I’m looking forward to getting my real one when this is all live, and nurturing it to full strength! 🙂

I’ve been doing some levelling as restoration, and I have to say, the world is so so stunning. I spent some time in Azsuna and it is overwhelmingly beautiful. I don’t want to post any pics because I don’t want to spoil anything, but I did want to show the resto shaman idle pose, which I also really like.