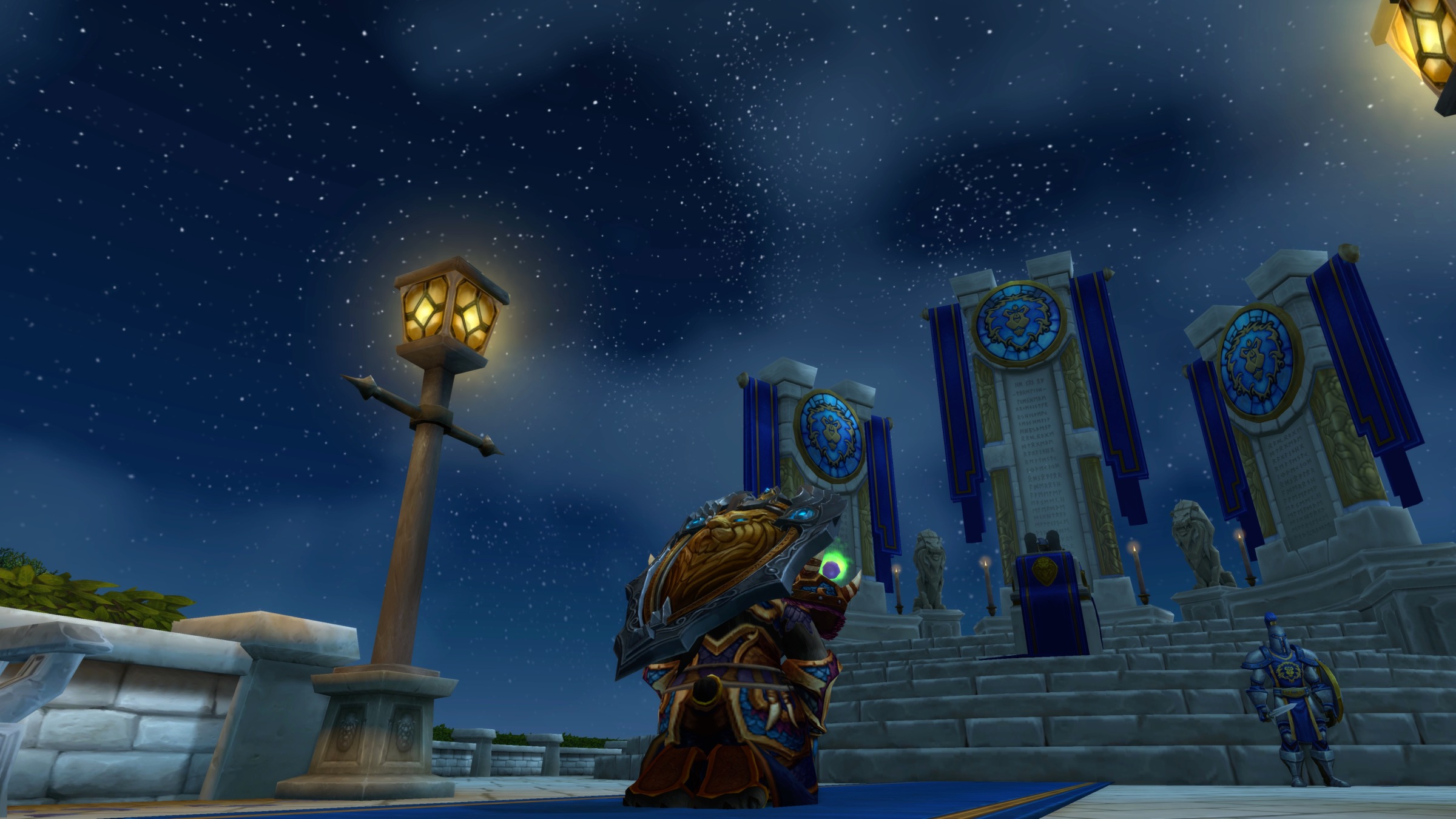 Legion has now been out for three weeks. It has been an amazing three weeks, I have to say. The Emerald Nightmare raid opened last night, so I thought it would be a good time to reflect on how Cinderstorm got to this point.

**note: there will be some spoilers in this post. If you’ve been taking your time with things and I don’t want to be spoiled, please don’t read.**

My journey began in Stormwind. I happened to be near Stormwind park when I first logged in about an hour or so before Legion was due to drop, and I noticed Varian’s monument had appeared. So of course I had to pause and pay my respects. The music here is heart wrenching. It really gets deep inside you and squeezes your little heart to pieces. I encourage everyone to take a few minutes and visit the monument, turn your music on and just listen. 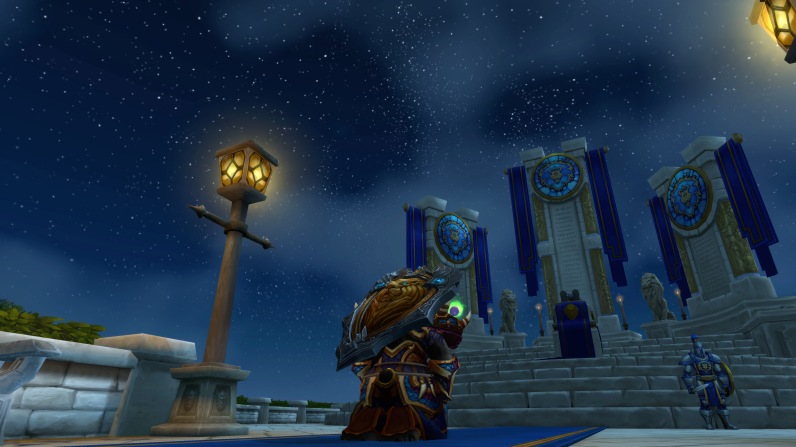 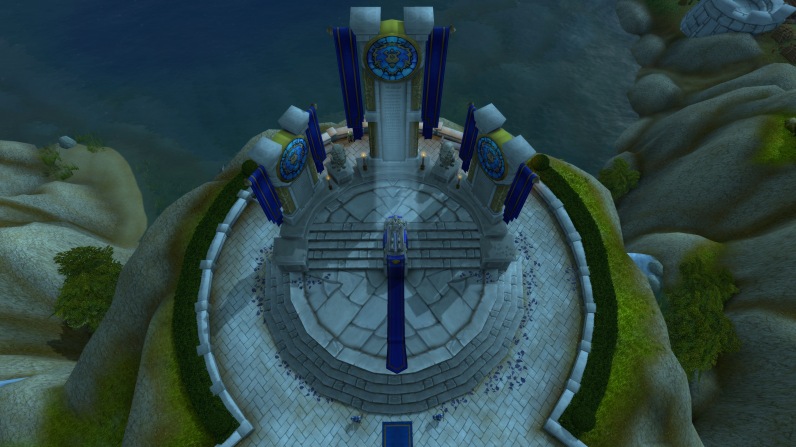 I’m glad I saw the monument was up when I did, because this has really been the theme for me going through Legion. This is the trigger for me – this is why we fight. Because other people fight. And because Azeroth is worth fighting for. I’d hate for Varian’s sacrifice to be in vain. So I fight.

It was off to Dalaran, which was getting hit pretty hard by this point. It’s decided the city will just be moved. I mean really, moving a city is no small feat!! And so we arrive at the Broken Isles. 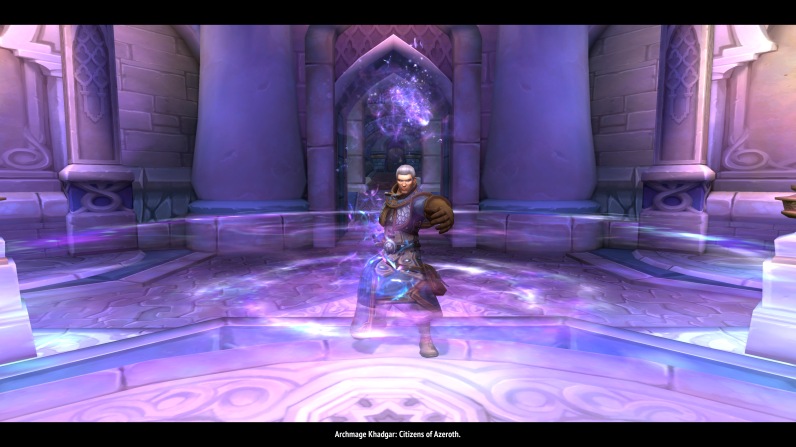 In terms of the “go live” moment, I actually got access to the opening quest about 10 minutes before it was due to come up. I wasn’t sure if it was a bug, so I waited a little before accepting it and moving on. It was weird because the quest had popped for me, but not for Thor (who was sitting right next to me, and was also in Dalaran). Something to do with the phasing I suppose. 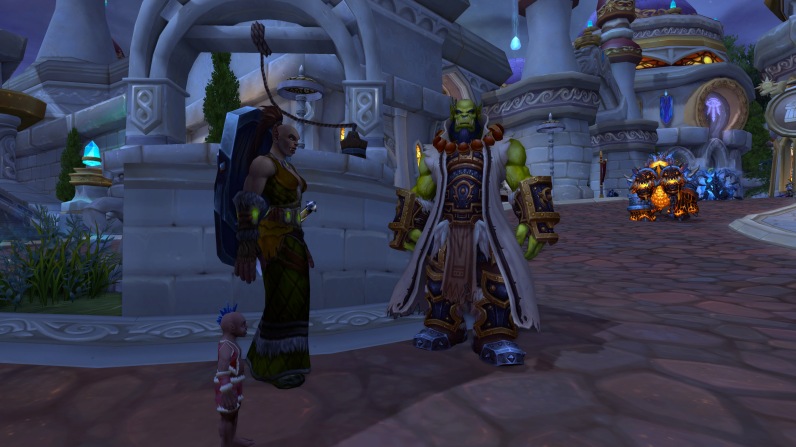 First stop was to visit Thrall and Aggra and their little boy, Durak! Look at him! He’s so little! He was a cheeky bugger, running around his parents and around the well. Too cute. Thrall sent me off to find the remaining members of the Earthen Ring, who are hiding out in the Maelstrom while they regather strength and sort out a plan for kicking the Legion’s fel-butts.

My plan for levelling had been to level as elemental (as that was the dps spec I knew best), but put all of my artifact power in to my restoration artifact when I got it so that it would be ready for raiding. So with that in mind, I set off to get my Fist of Ra-den. 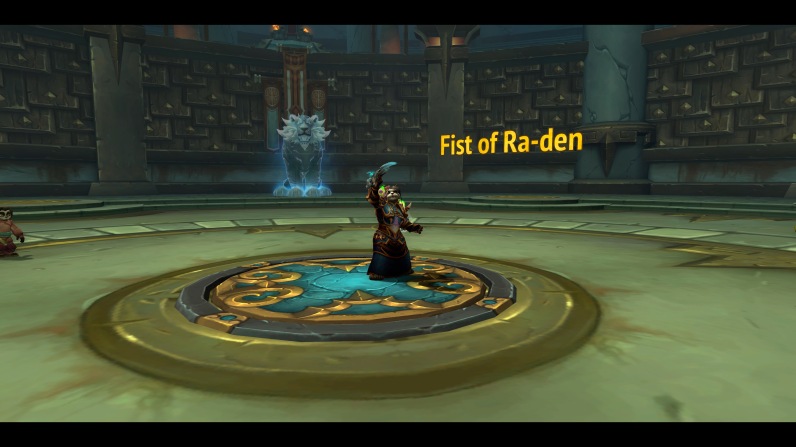 When I came back, we established my order hall – the Heart of Azeroth. (Class Hall appreciate post coming soon!!)

I decided to start my Legion adventures in Azsuna. Even though this was the zone I spent most of my time in during beta and I was keen to see some new zones, it was the zone that my jewelcrafting started in, so it made sense to go there first. The beauty of this place keep making me pause just to soak it all in. That, and I had deliberately not listened to any of the music beforehand. I wanted to hear the music in the zones as I was going through them. I was not disappointed. The music in the whole game is STUNNING. I listen to the soundtrack at work and it still brings me to tears. I love it.

Here’s some pics in Azsuna. 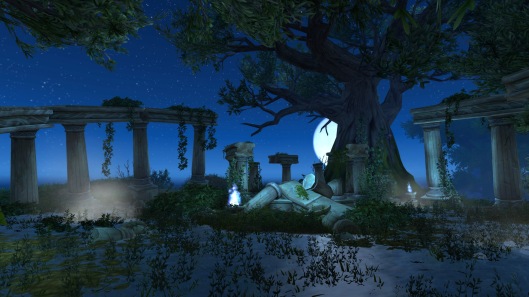 well this is just rude… 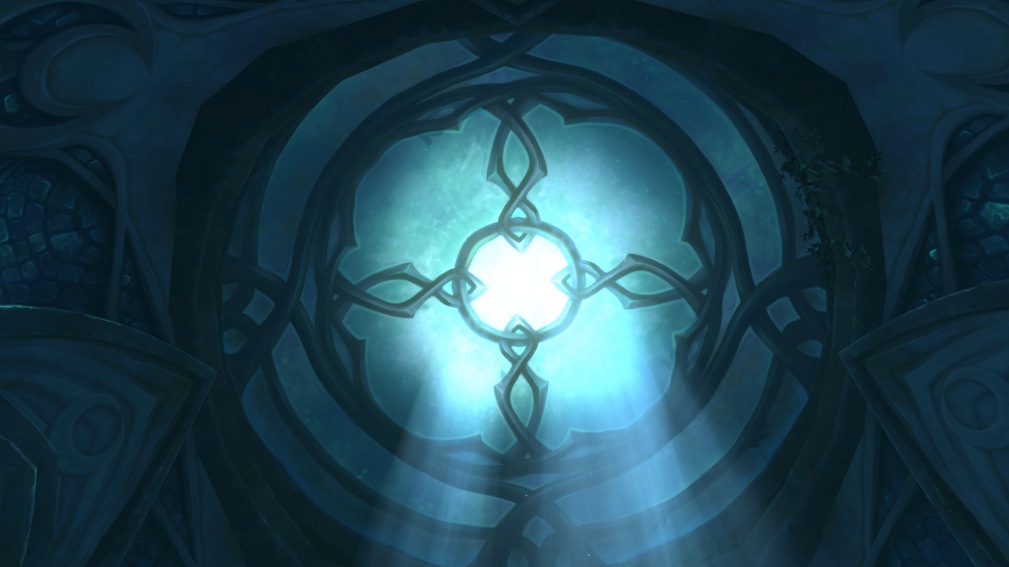 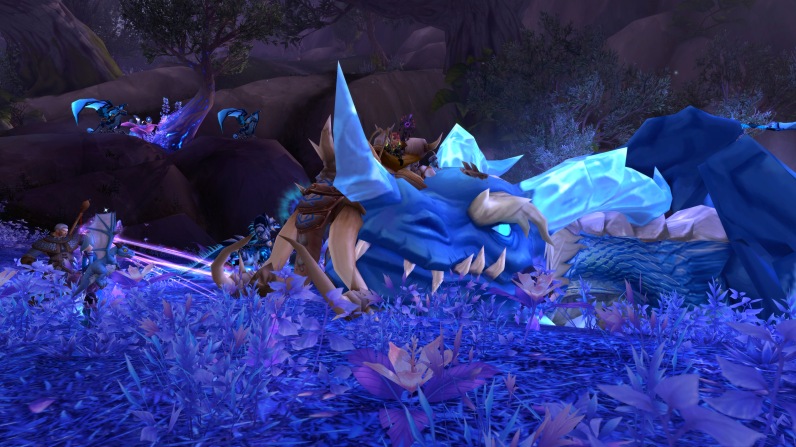 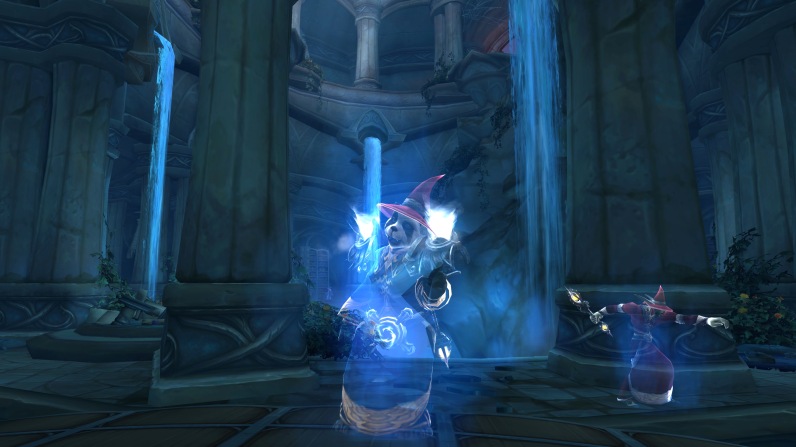 As soon as I hit 102 I was offered the quests to pick up my other two artifacts, so I immediately set off to get my restoration artifact so that I could give it the artifact power that was taking up space in my bags. I also decided to see if I could get Doomhammer without being enhancement. The answer was yes, yes I could. (And lucky I did!) I’ll post more about these quests later, but here are some highlights. 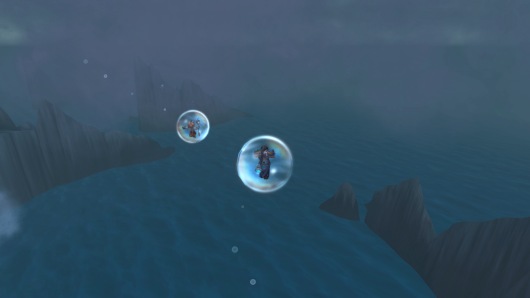 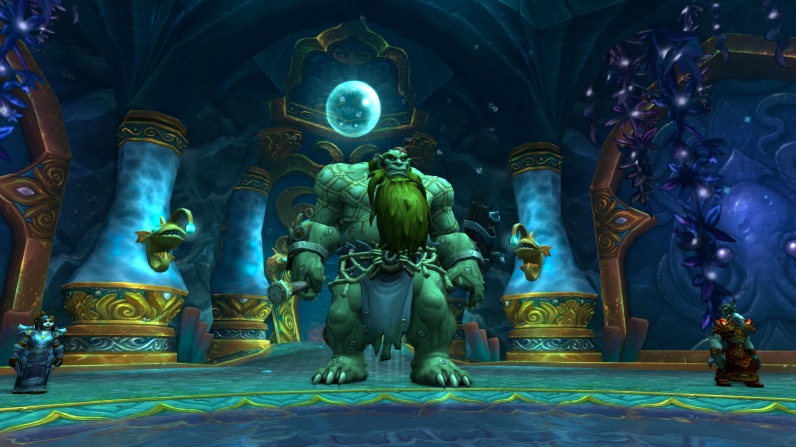 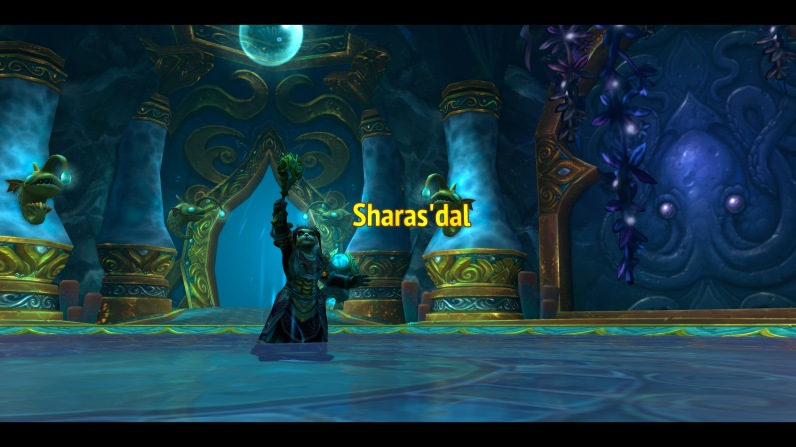 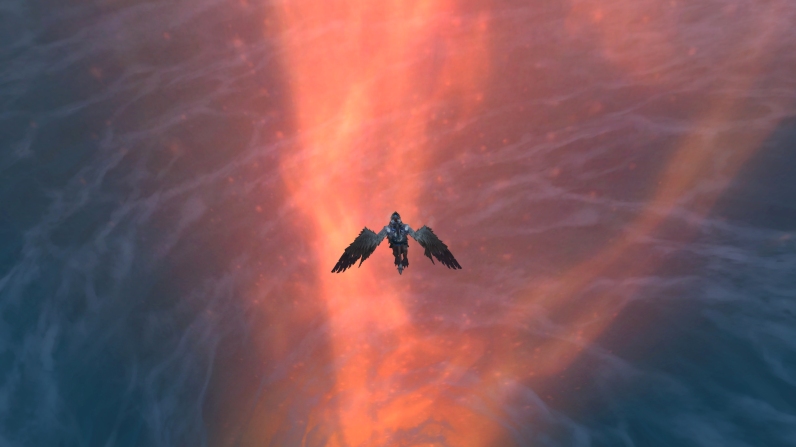 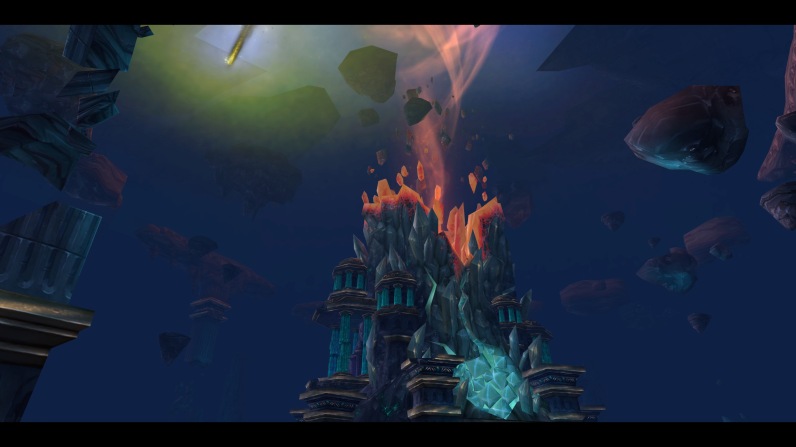 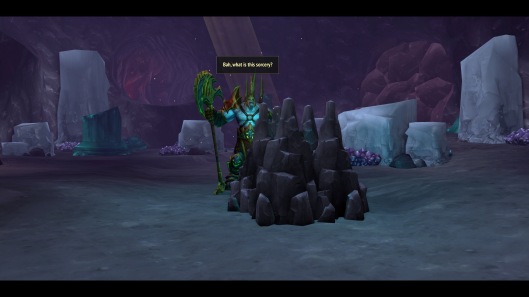 None of the artifact quests proved to be too challenging (not even the restoration one, which was brutal during alpha/beta testing!)

I’ll continue this journey in my next post – this is turning out to be a lot larger than I expected! Next stop – Val’Sharah!