This week the Tomb of Sargeras opened. For me, it was a bittersweet time, as my partner Thor had made the decision to stop playing WoW. It would be the first time we weren’t raiding together in years. In addition to that, I was having all sorts of dramas with a new PC (more on that in a later post!) and generally being less prepared than I would have liked. So I went into Tomb, well, flustered.

But in we went, a much stronger team than we were going into Nighthold. And oh, how amazing this raid is. It’s always nice to see some new fights, of course. And for the most part, we powered through normal (with a shut down in the middle of our first night!). On our second night we cleared 6 bosses on heroic, and last night a few of us went in again to get the 7th down.

After we called it for the night last night, I ran around the Tomb to take some screenshots. It’s an amazing mix of beauty and terror. Especially in the real Nightborne areas- things look beautiful, but upon closer inspection, and down right horrific. In one of the pics below you’ll see a statue of a beautiful female night elf holding a large pan. And the light and colouring is so beautiful and serene. But then when you get closer to her, and you look at her face, you see her eyes have been gauged out, and she has an eerie grin that says she’d love to do the same for you… So creepy. 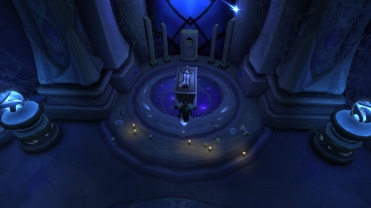 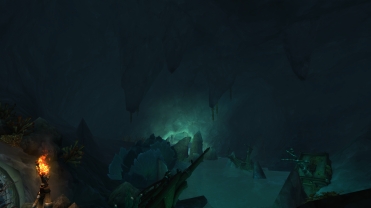 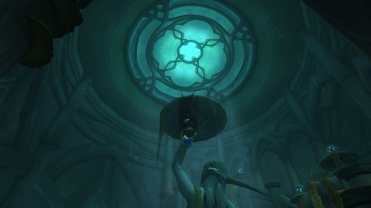 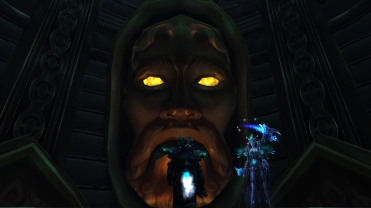 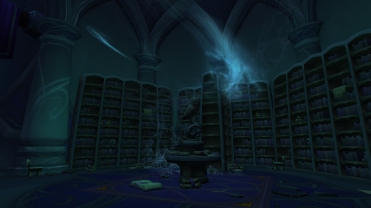 Doesn’t matter where I am, I’ll always find the library! 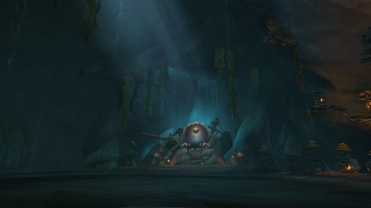 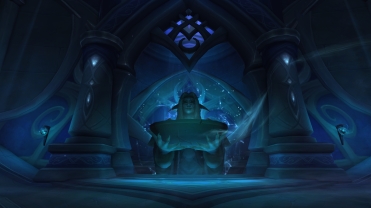 This statue is downright terrifying.

I’ve put the spoiler tag just in case, but there have been loads of pics of this around absolutely everywhere. As many people will know, Argus comes to Azeroth, thanks to some tomfoolery from Illidan (of course). Getting to that point, though, was absolutely incredible. Seeing battles with Kil’jaeden in the background of the Fallen Avatar fight was really great. It was nice to see the other NPCs doing something other than standing there watching us fight.

Once the Avatar is down, we portal up to Kil’jaeden’s ship, and in doing so, we are treated to a mini-cinematic featuring our own toons! It was hands down one of my favourite parts. The Kil’jaeden fight alone was really interesting (ok so I was definitely unprepared for this fight! Kinda winged it!) Afterwards, when Argus was in view around the world, I popped an Inky Black Potion and took pics of it, because it looks so bloody  intimidating. It’s amazing seeing the world change like this because of our actions.

You can see a big fight going on between Illidan, Prophet Velen, Khadgar and Kil’jaeden in the lower areas of the Fallen Avatar fight. 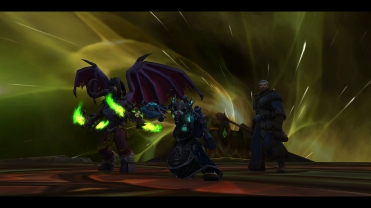 THIS was freaking AWESOME 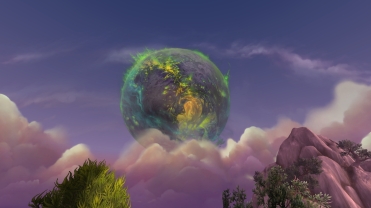 Look at that damn grin. He’s so pleased with himself. 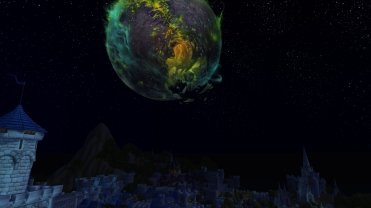 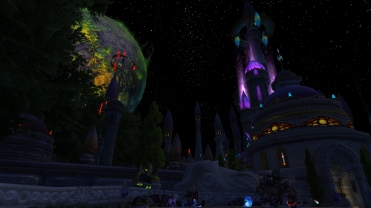 The end cinematic for Tomb was bloody brilliant. I had been so busy in the lead up to this that I’d had no spoilers at all, and really no idea of what was to come. So I spent a lot of it just going “OH MY GAWD!!” Here it below if you want to see it. (Goes without saying, massive spoilers!!)

The last thing I wanted to mentioned about Tomb was some random runes I found around the place. The first one I noticed was on a wall as we headed in to the fight with Mistress Sassypants (that’s totally her name, guys). I didn’t want to click on it during raid in case it did something bad, so last night I went back down there to see what happened. Here’s what happened:

Yes, I turned into Gul’dan. Not only that, but I got a new spell bar, with 3 of the spells he used in the fight with him in Nighthold. And boy are they fun to use!! One of the runes even set off a short roleplay scene, but I couldn’t hear anything, I just saw Gul’dan kill a bunch of people.

I looked it up on wowhead, and there’s 5 entries for orcish runes in the database, but no other information. I found 3, so I’m curious about where the other 2 are, and what they are all for. Do they need to be clicked in a certain order for something to happen? I really don’t know. But you know, it’s weird. Even though Gul’dan was a giant dick, running around as his ghost for awhile was, well, kinda sad.

One of the Orcish Runes that turned me into Gul’dan

His abilities are SO fun to use! 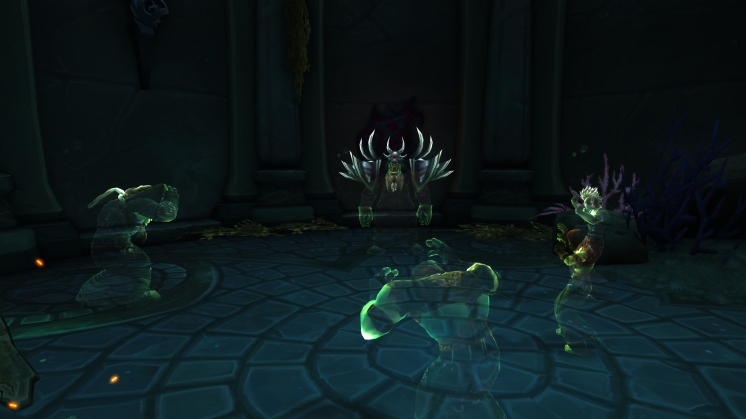 One of them set off a small roleplay event, but I couldn’t hear any words from it.

Anyway, those are my adventures in the Tomb of Sargeras so far!

3 thoughts on “Into the Tomb”